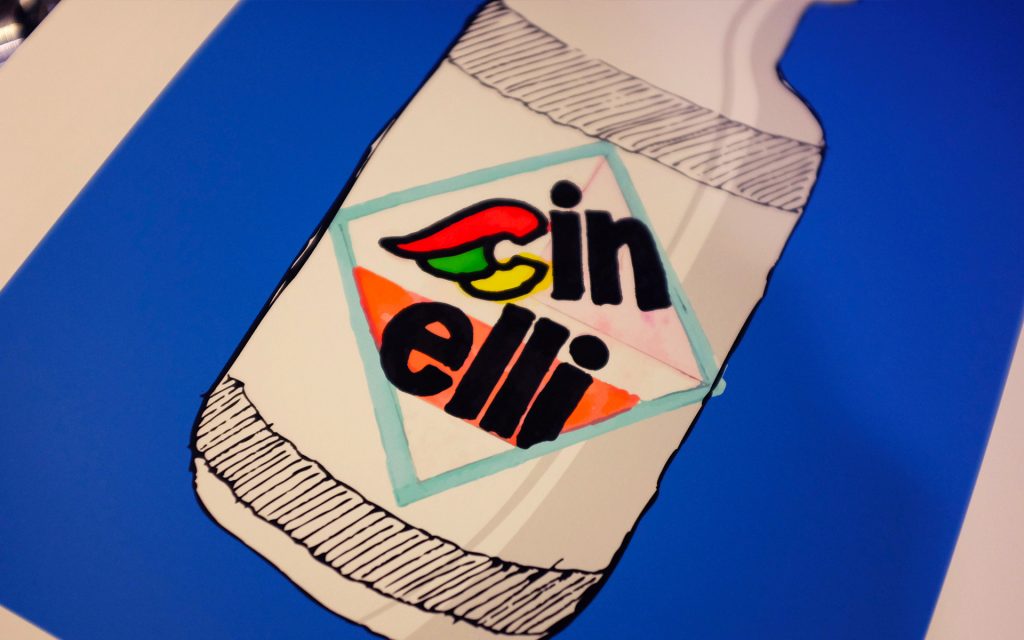 In the 1980s Cinelli was considered Italy’s leading mountain bike brand thanks in part to its extraordinary successful launch of the Rampichino, Europe’s first ever mountain bike (still today in the Italian dictionary the word Rampichino is associated with the mountain bike).

Cinelli’s approach to mountain biking was outstandingly irreverent and creative. Enormous energies were devoted to creating rich, complex, witty and ironic paint schemes some of which would go on to become icons of the brand’s visual history.

During a recent trip to the archive we came across a box of hand-drawn illustrations of mountain bike graphics from the 1980s.

Mixed in with these illustrations was a series of apparel graphic proposals which we recognized as the genesis of one of the iconic jerseys in the brand’s history, what is now referred to as the “Thelma and Louise jersey” thanks to its appearance in the cult 90s film, worn during the unforgettable desert cameo of the bike riding Rastafarian.

The drawings, made by the internal Cinelli design team under the creative direction of Antonio Colombo, reflect the joyous visual experimentation of the era as well as the pure tactile delight of an era where most graphics and visual concepts were born from loose hand-sketching.

We immediately fell in love with one particular drawing of a water bottle graphic and chose to adapt it for this year’s limited edition Xmas artwork, printed in Italy to fine art archive standards in a limited edition of 50 pieces.

Visit our shop to discover and see if there is still one available!