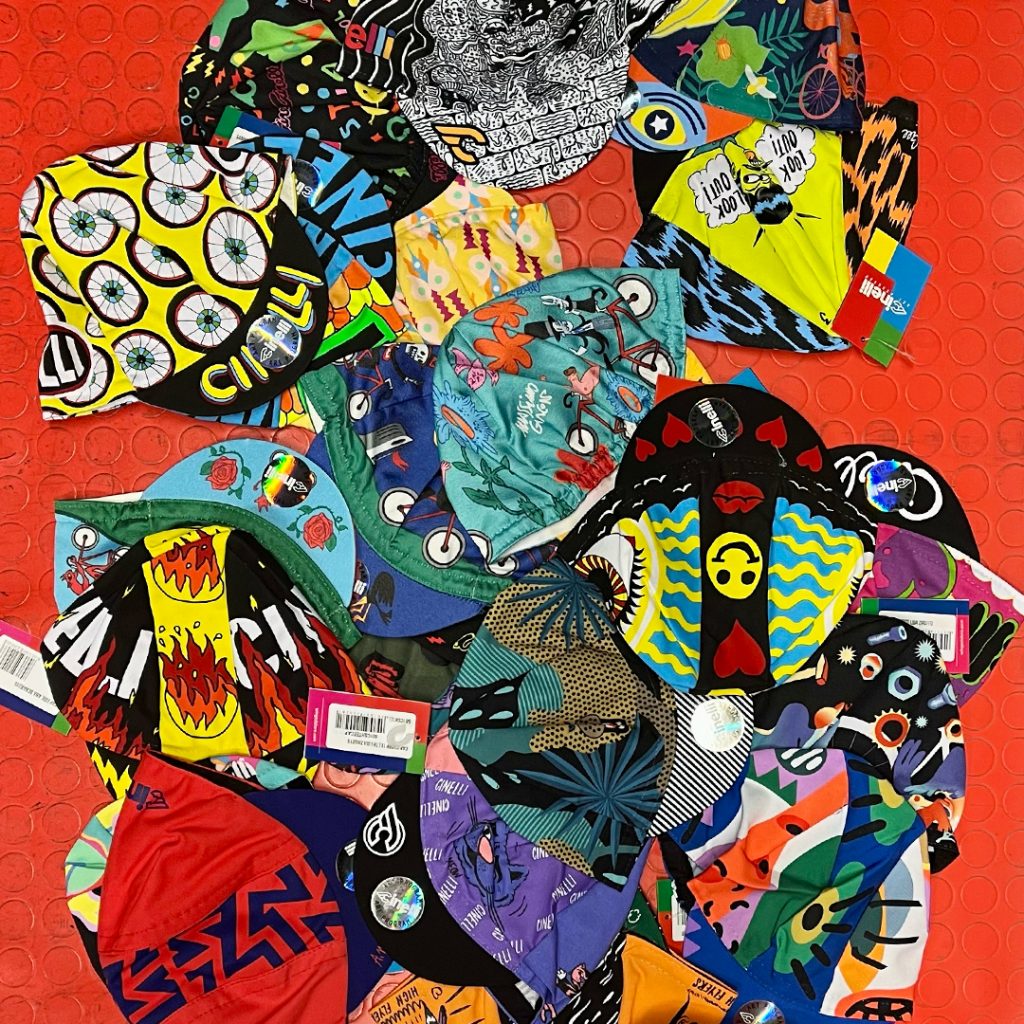 True Story: The Origins of the Cinelli Art Program Part 2

We continue to look at the evolution of Cinelli’s Art Program, from its first interactions with artists in 1980s Milan to its airbrushed pro-edition RAM handlebars to the heady mix of subculture, design and d.i.y. art that characterized the fixed gear movement to its iconic best-selling cycling caps.

As discussed in Part 1 of our look at the Art Program, whilst Cinelli’s collaborative relationship with artists goes back more than 40 years to its work with Italo Lupi, Alessandro Mendini and Keith Haring.

It was only in the early 2010s that these relationships crystalized into an informal “program” offering regular drops of products made in collaboration with artists and only in 2015 that the program would officially be baptized with a logo.

This cultural moment brought Cinelli into contact with a new generation of international artists and provocateurs whose creativity it felt bound to share.

2011 saw the launch of the “Art Tapes” range with a Mike Giant Velvet Ribbon and MASH SF printed volée tape and Barry McGee Unicanitor bar saddle.
2013 the almost-mythical Cinelli Candela, a set of two Made in Italy carbon fiber track frames handpainted by Futura, 2014 the first cycling cap with an artist (what took us so long?), Ana Benaroya’s Eye of the Storm whilst finally 2015 saw the moniker “Cinelli Art Program” enter into its catalogues with official logo and caps designed by artist-riders Chas Christiansen, Alfred Bobe Jr and Lucas Brunelle.

Since then Cinelli has collaborated with over 20 artists on bikes, tapes, jerseys, one-off jackets but above all caps.

It is in fact the Cinelli Art Program cycling cap which has become a global symbol of an evolved, alternative and open-minded attitude towards performance cycling.

Stay tuned for the first Art Program launches of 2023 in the coming months by subscribing to our newsletter.

Discover more about the Cinelli Art Program products on our webstore.