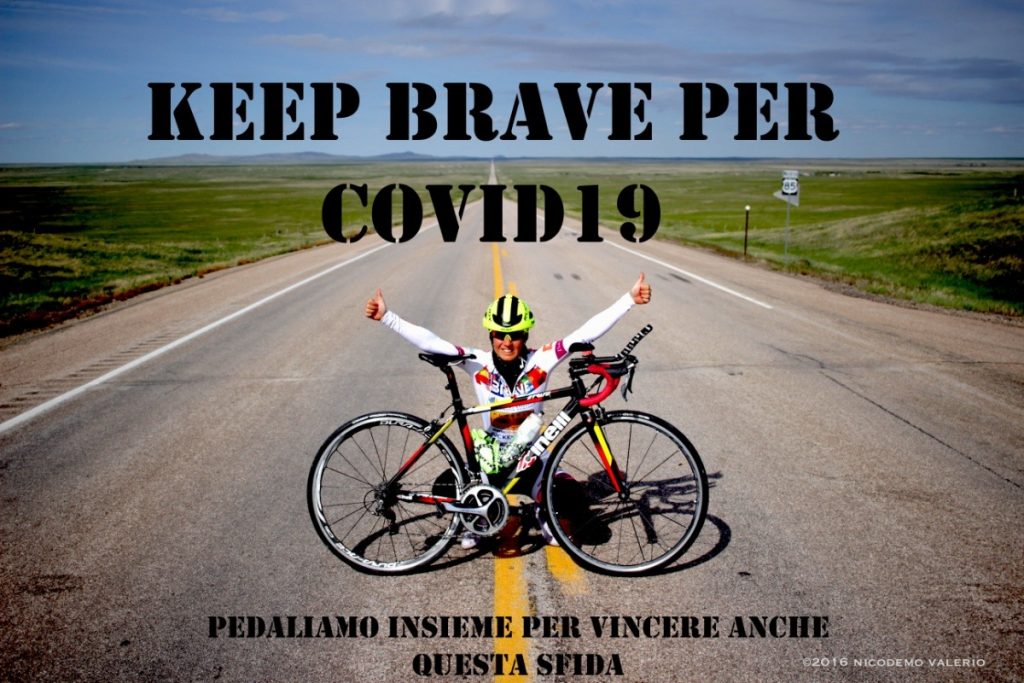 Help our Ambassador Paola Gianotti to raise funds to buy thousands of masks for the Regina Margherita Children’s Hospital in Turin.

Paola auctioned her Cinelli Superstar disc from her third Guinness World Record, which saw her cross Japan in 2017 in nine days, from North to South. Place your bid!

On April 18th, the last day and boost of Paola’s campaign, donate and participate in the 12 hours on the rollers, cycling with Paola on Zwift and following the live on her Facebook page.

Or, donate now on gofundme.com/f/keepbrave-per-covid2019!

Cinelli mission has always been to look beyond the present, to reinvent the bicycle and make cyclists’ life better. Design principles are applied to all Cinelli products. Design is not just looks. Design means shape, first project, outline, technology, technique, materials, innovation, creativeness, function, quality, uniqueness, know-how, emotion. We want every product to have an Idea, since, if it is a copy, it cannot be Cinelli.
Today we express this Idea in the collaboration with Tigran Avetisyan, a Russian designer who studied at Central Saint Martins fashion school in London and had his final collection fully sponsored by LVMH.
Tigran is part of Wingedstore Cinelli Art program and his first cap will be online soon.
The designer’s stylistic and performing avant-garde has been developed in a streetwear collection with Cinelli and Columbus logos and will be sold through fashion distribution channels. The complete collection will be presented Sunday, January 12, 2020 from 6.00pm.
During the event, Tigran will do a live painting performance on a Vigorelli Shark with lenticular wheels kindly provided by Vision.

You are all invited!

Anima d’acciaio continues until January 18th in the spaces of Antonio Colombo Gallery, in Milan.
And it continues to offer suggestions.

On Wednesday, December 4th, the famous American framebuilder Richard Sachs, stimulated by a sparkling Federico Meda, gave a speech on his fifty years of activity with Columbus tubes, together with Pietro Pietricola and Cristina Würdig, from Officina Dario Pegoretti, and our Paolo Erzegovesi from Columbus. Richard Sachs has brought with him Brian Vernor who is working on a documentary on RS that will be released in 2020.

Here a nice video of the exhibition opening evening. 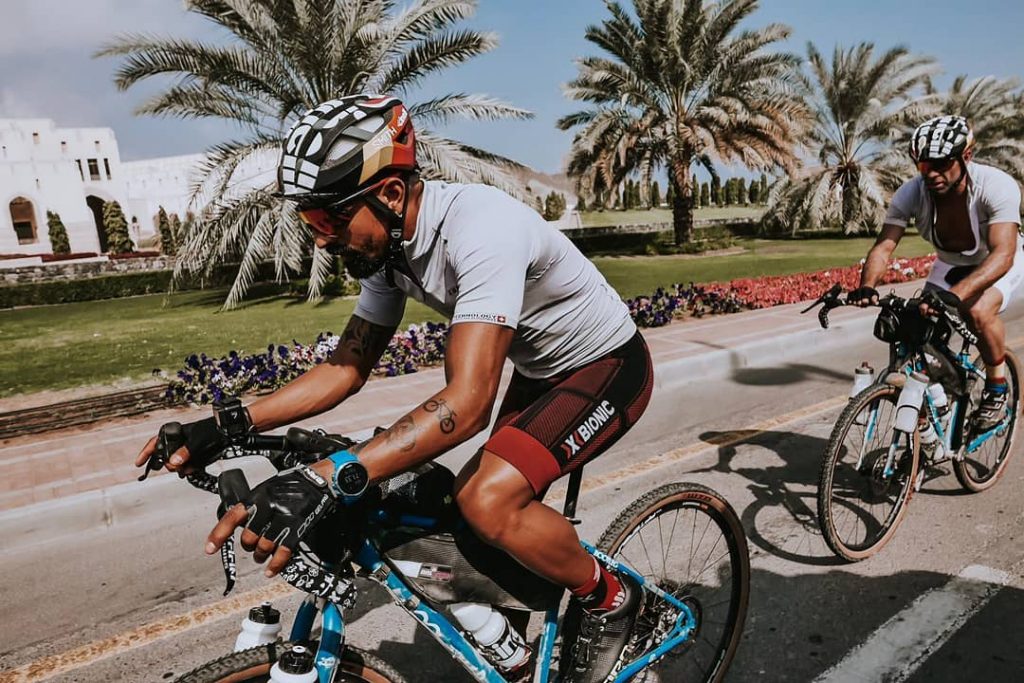 Almost a year ago, two runners and friends, Omar Mohamed Alì and Davide Ugolini, decided to realize their dream of crossing the  Rub’ al-Khali desert in Oman, from Muscat to Salalah. The guys were well trained and used to extreme challenges, nonetheless, the effort was intense:  in 16 days Omar and Davide covered 1900 km both riding and running, overcoming their mental and physical limits. In this extraordinary adventure, they discovered a pristine landscape, a country unknown to most. In such a hard challenging journey, they did not discover just Oman, they discovered themselves as well. Their weapon of choice could not be other than the Hobo Geo, born for the pioneers and the great transcontinental crossing.
Discover the Oman Expedition documentary here! 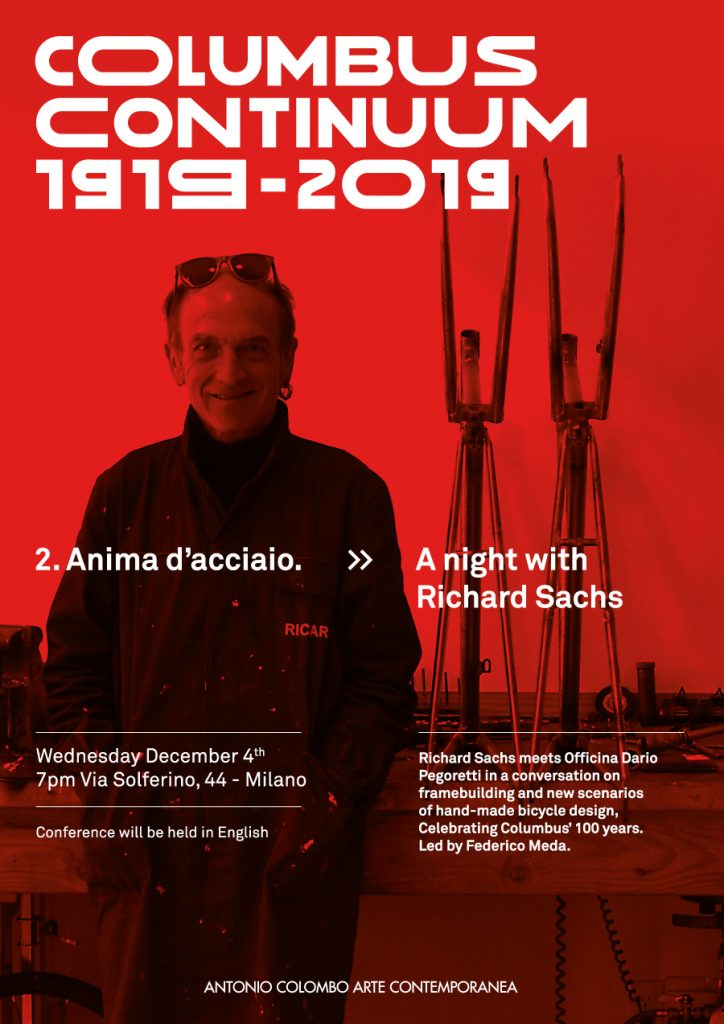 A night with Richard Sachs

The dialogue will explore Sachs’ experience as a rider alongside with the origins and development of his job as a framebuilder, using Columbus tubing, and his collaboration with Dario Pegoretti.
Pietro Pietricola’s experience and point of view will face the relationship between tradition and innovation.

Contributions from a qualified public of framebuilders, makers and Columbus friends will be a further enrichment of the speech.
The conversation will be held in English.
Further info here.

“Anima d’acciaio: Columbus and bicycle design” hosts Richard Sachs’ amazingly red race lugged-steel-frame.
Here a selection of images of the contents and opening of the exhibit.
Open to the public until January 18th 2020. 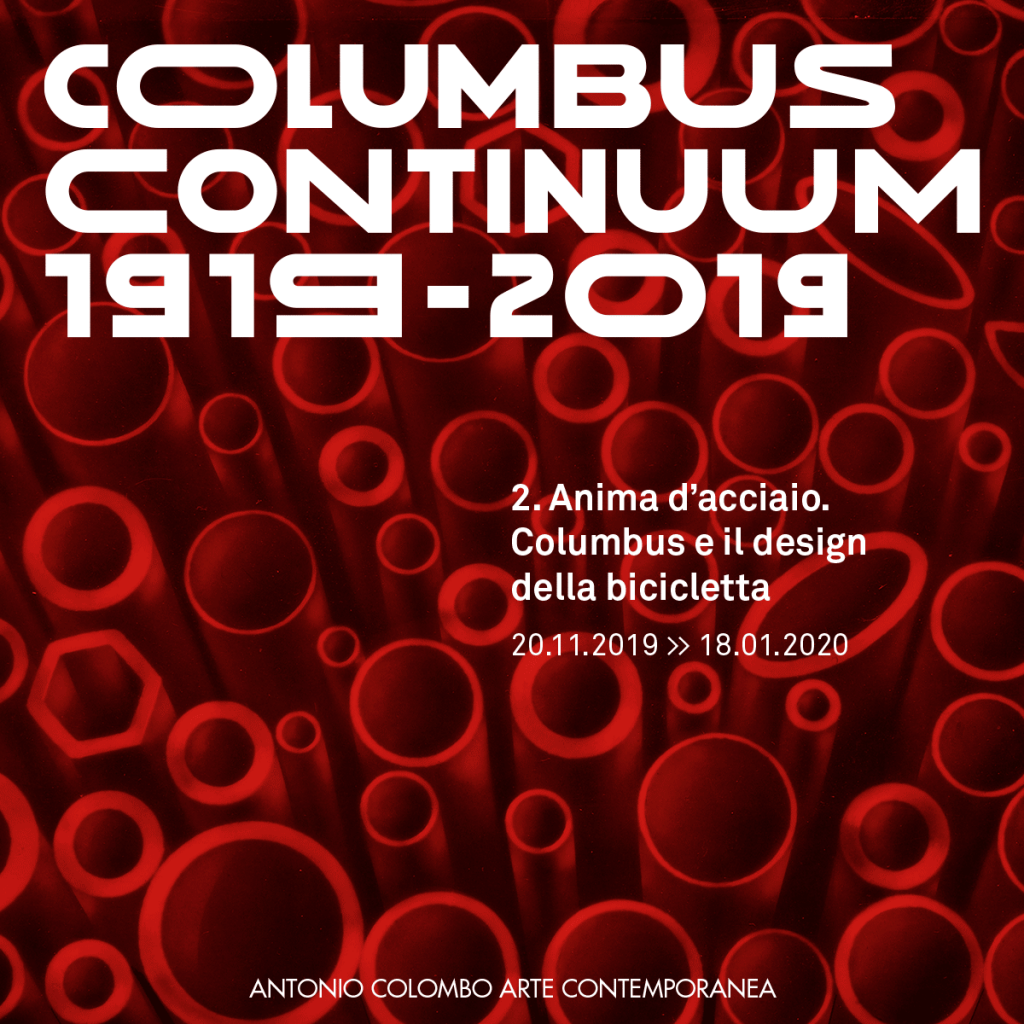 Dear Friend,
we are very proud to invite you to the opening of Anima d’Acciaio: Columbus and bicycle design, the second chapter of ‘Columbus continuum: 100 years of a steel manufactory in Milan’, Wednesday, November the 20th from 6.30 pm to 9 pm at Antonio Colombo Arte Contemporanea gallery.

The exhibition will be open to the public from November 21st to January 18Th 2020. 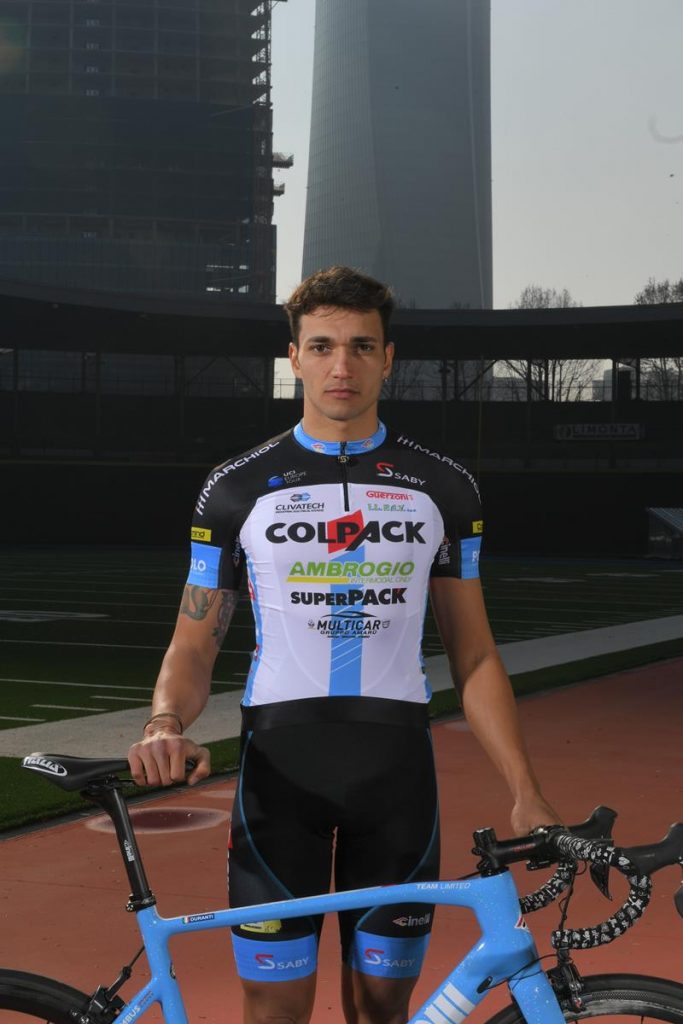 A few days ago, with a representative of four Italian riders, Jalel Duranti is taking part in the Tour of New Caledonia, in Oceania. A competition that also wants to be a life experience for many European riders who participate in it. The Italians, on the occasion, defend the colors of the team Pontoni / Casa-Italia team.
After the first two half-stages on Thursday, the second stage of 91.3 km with arrival in Bourain took place on Saturday where the Team Colpack’s rider won the sprint. They were in four in the final and Duranti had the best of the French Thomas Chassagne and the Tahitian Raimana Mataoa, with the other Frenchman Julian Lino fourth.
Now in the overall standings leads the newcaledonian Florian Barket with 1’05” of advantage on Jalel Duranti. The race will end on October 26th after 11 stages.

Team Cinelli raced a great Milano – Rapallo last Sunday. Valter Ghigino, Matteo Rotondi and Santiago Buitrago put down an extra effort to win in their home race. In the end, Buitrago managed to gain the third place, and Rotondi got fifth.

It was the great goal of the end of the season, they had prepared it meticulously and they hit it the target. Andrea Bagioli and the Team Colpack triumph in the 91st Piccolo Giro di Lombardia, the international cycling classic for the Under 23 category that took place Sunday in Oggiono (Lecco). The 20-year-old of the Colpack Team – who next year will be a pro riders with the Deceuninck – Quick-Step – defeated the French comrade Clement Champoussin (Chambery Cyclisme Formation) in the final sprint. Mattia Petrucci (Groupama – FDJ Continental) completed the podium.
At the event the best of the Under 23 category was present at world level and Bagioli is confirmed as one of the most brilliant international talents. After 176 km of race he showed coldness and class without failing to escape the victory. “I’m happy, Piccolo Lombardia was my great end-of-season goal and in the last period I worked only for the day today. It is a prestigious success and I wanted to do well to leave the Team Colpack in the best possible way and say thanks to President Beppe Colleoni, the temmates and all the staff for these wonderful years spent together ”.

For the third consecutive year, the Team Colpack is the Italian champion of the Under-23 Team Time Trial.
President Beppe Colleoni’s team line-up repeated on the Treviglio roads, adding another precious result to his already rich palmares.
The train deployed by team manager Antonio Bevilacqua and sports director Gianluca Valoti included Alessandro Covi, Giulio Masotto, Davide Baldaccini and Paolo Baccio. The quartet covered the 39 km of the track with the time of 47’19’88, anticipating by 41 seconds the Mastromarco Sensi Dover and 42 seconds the General Store.

Happy to repost @eicmaofficial, the most important

#tbt to CMX, Cinelli’s one and only foray into B

Custom geometry, 100% Made in Italy with the legen

President’s choice this Sunday goes to this awes

The 2021 Hobo Geo is your perfect adventure compan